Fill in the form below to receive offers from vendors with an available Chevy Traverse Engine for sale!

The Chevy Traverse is the successor of the Chevy Trailblazer and came into production towards the end of 2009. The traverse is a solid Chevy vehicle that offers superb all around performance for its class. It runs on the V6 engine with direct injection mounted to a 3.5 liter. The Traverse has a 6 speed automatic transmission. The motor produces a horsepower of 280 and a torque of 266 which is not much different from the engine of the Trailblazer. A used Traverse engine can be bought from any of the online automobile stores which deal with GM car engines. This SUV model has the option of front or all wheel drive and is easily to change on the fly. 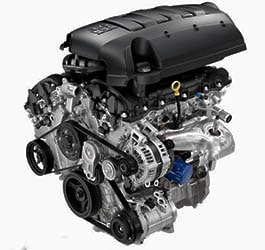 The design of this model of the Chevy was derived from both the 2005 Chevrolet Sequel and the 2008 Chevrolet Malibu. This helped in countering additional costs like those of research thereby reducing overall production costs. Despite the good work done on its design & engine, the Chevy Traverse has some solid competition from other makes which include the Honda Pilot and the Toyota Highlander. The Honda runs on a V6 engine like the Traverse but with a lower horsepower of 350 and this has given the Chevy Traverse a higher hand in the performance on the road.

Similarly the Toyota Highlander also runs on a similar V6 engine like the Traverse transverse but still with a horsepower which does not much that of the latter. The Toyota Highlander engine produces a 270hp with a torque of 248.  A good used Chevy Transverse engine can be found on the ASAP Motors website online at reasonable costs. Much of the designs and inspiration of the 2012 Chevy Traverse have been related with the other version of the recent Chevy models which include the tail lights which were adopted from the 2010 Chevrolet Camaro. The four door cabin size option is still carried on through all the models of the Chevy. The Ford Explorer 4wd is another car which has given the Traverse some competition in the market due to the much similar performance. It runs on a similar V6 engine providing the same 290hp and it has matched the Chevy Traverse in performance and almost similar prices.

Feel free to contact us if you any questions about our used Chevy Traverse engine search service or view our list of locations.