Mazda uses both automatic and manual transmissions made by Mazda itself and by Jatco, a Japanese transmission manufacturer. Some older Mazda transmissions have been made by Ford as well. 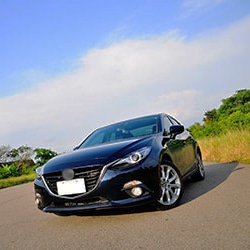 Finding a good used Mazda transmission can sometimes be hard to do. When your Mazda stops working because the transmission is blown, most people feel lost. Where can you go to get used Mazda transmissions? How do you know the transmission you retrieve from a salvage yard even operates? There is an alternative that will give you the confidence needed in your new used transmission. A service catering to customers in your specific position exists. For very little effort on your part you can shop a large network of potential suppliers by completing a simple 15-20 second form on line. To get quotes for used Mazda transmissions, just fill out the form above. Within minutes, ASAP Motors will connect you with our network of reputable auto parts brokers from around the nation.

Get multiple offers from several different automotive recycling facilities that carry used Mazda transmissions. If they have the part you are seeking they will respond with a price allowing you the opportunity to compare prices, warranty information and locations where available. Select the transmission that best meets your budget & needs. Replacement Mazda transmissions are serviced by the recycling facility to determine if the part is functioning properly. Before they offer it for resale, they determine its viability to be used again. Most of these suppliers do not carry rebuilt Mazda transmissions or rebuilt Mazda engines because of the cost.

The best aspect of shopping through this network is its free and the shopper is under no obligation to buy. The consumer is saved the trouble of having to search from salvage yard to junk yard and auto parts stores seeking a replacement transmission. The facilities will respond using a phone call or email. If you prefer a phone call, the recycling center will call, but you must remember to keep your answering machine on to review the different calls. Most people with busy lives prefer email and if you have email, multiple facilities will email you with the requested information.

These automotive parts are tested and sometimes refurbished to ensure they are in good working order. That’s why they can are willing to offer warranties on their used auto parts. If you retrieve a transmission from a salvage yard there will be no guarantee to speak of. You’re on your own. If you pay the mechanic to do the work and pay a nominal fee for the transmission, you’re still out of the cost of labor, which is not inexpensive. Most people prefer some type of warranty to protect them from overspending when they buy used parts.

Mazda transmissions for sale with a limited warranty are regularly carried by this network because they specialize is recycling car parts of all makes year round. Submit your request and within hours or days at the most, the responses should start pouring in. After careful consideration select the choice that accommodates your needs best and soon you’ll be driving your Mazda with confidence once more.

While Mazda cars’ reliability is typically ranked as average or better, where Mazdas truly excel is their handling. As such, Mazda transmissions reflect that emphasis on sportiness.

In 2011, Mazda introduced SkyActiv, a series of new technologies including transmissions and engines.

Q: How much do used Mazda transmissions cost?

Q: What is Mazda SkyActiv?

A: As mentioned earlier, Mazda SkyActiv transmissions are designed to improve torque transfer efficiency, increase fuel economy and combine the benefits of all types of automatic transmissions.

A: In general, any transmission can be expected to last anywhere from 150,000 to 200,000 miles; however, with proper care and maintenance, it’s not uncommon for many transmissions to last much longer than that.

The Mazda B2000 was first introduced to the U.S. market in 1979. In the U.S., all Mazda B-series trucks were developed by Ford, and were available with either manual or automatic transmissions.

The mid-size Mazda Mazda6 has been in production since 2002 and proved to be a customer favorite — one million Mazda6 cars were produced in just four years, faster than any other Mazda vehicle.

First introduced in 2003, the Mazda Mazda3 is a compact car that’s available as either a four-door sedan or five-door hatchback. In 2014, the Mazda3 became Mazda’s fastest-selling car.

With used Mazda transmissions dating from 1975 all the way up to 2016, ASAP Motors can provide you with exactly what you’re looking for.