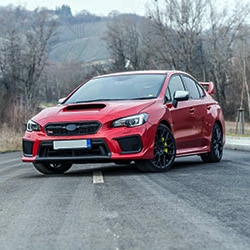 First founded in 1953, Subaru is a popular Japanese car manufacturer whose vehicles are known for their durability, longevity and multi-terrain capabilities. While some of Subaru’s Lineartronic Continuously Variable Transmissions (CVTs) have experienced reliability issues, most Subaru transmissions are highly dependable. Anyone one who has been driving for a long time will understand the importance of the transmission of the vehicle. Once you start to feel that your car or truck is starting to feel sluggish, it is one of the first signs of trouble.

Despite its occasional issues with reliability, Consumer Reports ranked Subaru as the No. 4 most reliable car brand in 2018. The most common problems are with the transmission and instead of heading down to different repair shops, you might want to think about using the internet to find a replacement instead.

Taking less than 15 seconds to complete a form, you will be able to find the right used Subaru transmissions for your car. To start finding used Subaru transmissions that fit your needs and budget, simply fill out the form above and ASAP Motors will connect you with our network of reputable auto parts sellers in just minutes. Another advantage you will have is that you do not face any pressure or obligation to buy the part immediately. This gives you time to look around and compare the different prices that other dealers might be offering.

You can also rest assured that using our service is completely free and there will not be any hidden charges, which you might incur when you try to ask for a Subaru transmissions for sale at some repair shops. There are a number of repair shops, which might tell you they give you a discount, but end up adding extra charges into your repair bill and that is not something anyone wants!

Another important advantage you will have is an unbiased offer when you are using the internet to check the price. We all know that talking to different repair shops takes time and effort, but the worst thing about all that trouble is they will try to convince you that they are the best and cheapest. You don’t want to end up paying extra for a part only to drive down a few blocks, to find out you could have saved a few hundred dollars, by going to a different repair shop.

The distance that you might have to end up driving from place to place just to find replacement Subaru transmissions for your vehicle will no longer be an issue as well, using the internet once you have found the correct part you are looking for all the locations, which have the part in store, will be shown clearly for you. There will no longer be any need for you to drive around to different places only to hear them say they don’t have that part in stock anymore.

Q: How much do used Subaru transmissions cost?

A: Depending on the year and model, used Subaru transmissions typically cost between $250 and $1,000.

For example, Subaru’s three-speed automatic transmissions in 1970s models were manufactured by Jatco, although later models were based off of Jatco designs but made by Subaru itself.

A: Continuously variable transmissions, or CVTs, are different than automatic transmissions in that they have no separate gears. Instead, they operate with pulleys that continuously adjust to send the appropriate amount of power to the wheels based on how fast the car is accelerating.

The idea behind CVTs is to eliminate the loss of momentum that can be associated with traditional automatic transmissions.

Subaru has its own proprietary line of CVTs branded as Lineartronic CVT transmissions. These are different than standard CVTs in that they use a chain instead of a belt.

Below are three of the most popular used Subaru Transmission models:

irst introduced in 1992, the Subaru WRX has always been inspired by rally cars and their combination of power, durability and speed. The current WRX is available with either a six-speed manual transmission or Lineartronic CVT transmission.

The Subaru Outback was initially released in 1989 as the Legacy Outback before being renamed as the Outback in 1994. Previous models were available with either manual or traditional automatic transmissions, while more recent models are only available with Lineartronic CVT transmissions.

The Subaru Legacy was released in 1989, and since 1994 has belonged to the mid-size car class. The Legacy has consistently ranked among Subaru’s best-selling vehicles. Earlier models were available with either manual or traditional automatic transmissions, while more recent models are available with Lineartronic CVT transmissions.