To start getting quotes for used Jaguar engines via phone, email or text, fill out the form above and ASAP Motors will connect you with our network of reputable auto parts brokers.

In 1989, Ford purchased Jaguar and added it to the Premier Auto Group along with Aston Martin, Land Rover and Volvo Cars. Under Ford ownership, the product line was expanded. In 1999 the S-Type was introduced and then the 2001 X-Type. In January 2008 Ford sold Jaguar and Land Rover to Tata Motors of India for 3 billion dollars. 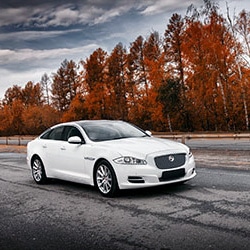 The current car models of Jaguar available in the US are the Jaguar XF, the Jaguar XK and the XJ models.  The XF was introduced as the replacement for the S-Type. This car has a 5.0 liter supercharged engine for the performance minded driver. The earlier Jaguar S-Type appeared in 1999 and ran through 2008. This car was prone to multiple reliability issues. The X-Type car was brought to market as a compact executive car and offered all-wheel drive. It had a 2.5 liter engine that was more of an economy motor than focusing on performance.

The XK replaced the XK8 in 2006 and is considered a luxury grad touring car with its aluminum body shell and can be ordered as a coupe or convertible.  The XJ series is the flagship full on luxury model. The XJ has been in production since 1968 but received much criticism with the 4th generation new body style came out in 2009.

Jaguar has produced a number of engines over the years, including straight-six, V6 and V8 engines. More recently, Jaguar has begun to offer hybrid engines as well.

Some of the earlier models like the XJ series were offered with a V-12 cylinder engine. The engine was a proto type for the XJ220 Jaguar rolled out in 1992 as the world’s fastest car. It outperformed the Ferrari F40 and the Porsche 959 super car.

No matter what kind of Jaguar vehicle you own, we can help you find a used Jaguar engine to make it run like new again.

Whether you’re looking for a powerful V8 or an inline Ingenium engine, we can help you find a used Jaguar engine that’s perfect for you.

Jaguar cars are best known for their elegant styling and the chrome-plated jaguar hood ornaments that adorn them. They’re also known for their superb craftsmanship: each vehicle (and almost every engine) is manufactured and assembled in the British suburb of Castle Bromwich.

Q: How much do used Jaguar engines cost?

Q: What are Jaguar Ingenium engines?

A: Jaguar Land Rover’s range of Ingenium engines consists of modular parts, meaning that they can be made into a variety of engine sizes. Ingenium engines are designed with the end goal of reducing internal friction in mind and feature a proprietary variable valve lift system.

A: While Jaguar Land Rover has been making its own engines since 2015, many of the company’s previous engines were made by other manufacturers.

For example, Jaguar was acquired by Ford in 1989, and until Ford sold it to Tata Motors in 2008 many Jaguar engines were Ford-made. Jaguar plans to be completely independent in terms of its engine manufacturing by 2020.

In production from 1996-2014, the Jaguar XK is a luxury two-door grand tourer. The XK received stellar reviews from critics and drivers alike, and was the first Jaguar car to be equipped with a V8 engine.

The Jaguar S-Type was an executive car produced from 1999-2007. It was available with V6 and V8 engines, and its supercharge S-Type R variant released in 2002 was once the fastest road-legal production sedan in the world.