Submit your vehicle specs below to receive bids from vendors with a Ford Mustang Transmission for sale!

The first Ford Mustangs were produced in the mid-1960s. These early models gave rise to the American muscle “pony cars” – compact, affordable and highly styled sports cars. More than 10 million Ford Mustangs have been produced since then.

Ford Mustangs have used both manual and automatic transmissions made by various manufacturers including Tremec, Borg-Warner and Ford itself. 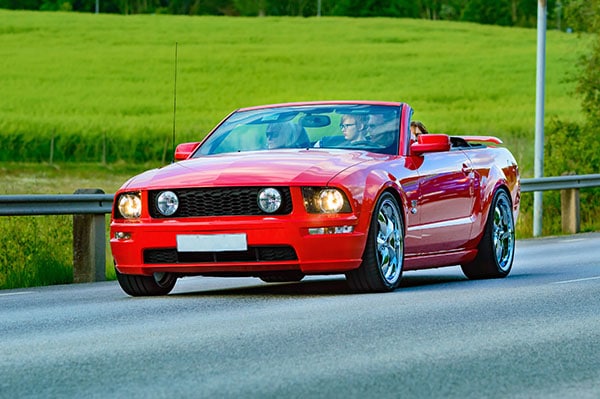 It’s easy to find the used Ford Mustang transmission you need. Simply complete the parts request form, and within minutes, you’ll begin receiving quotes from our network of reputable brokers from around the country.

From the Ford-GM 10-speed automatic transmission to the BorgWarner T-5 transmission, we can help you find exactly what you need for your Ford Mustang.

The Ford Mustang has undergone several transformations over the course of its six generations. Impressively, it is the only original pony car model to maintain uninterrupted production for more than half a century.

Mustangs are popular as racing cars, and they’ve won multiple championships and titles over the decades. The model has also been popular in pop culture movies and television shows.

True to its reputation, your Ford Mustang is likely to have impressive speed and acceleration capabilities, especially with a well maintained, quality transmission. 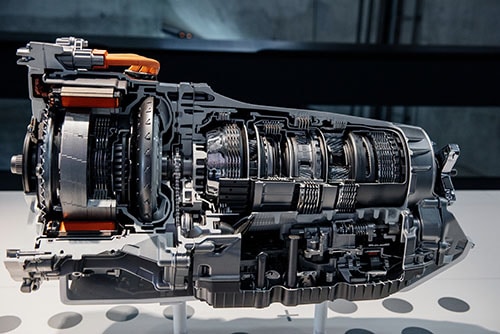 Whether you need a used transmission for a vintage, 1970s Ford Mustang Cobra or a Fifth Generation GT/CS convertible, we’re prepared to help you find the perfect transmission at the perfect price.

A: The exact price of your particular transmission will depend on the speed, year and other factors, most customers pay between $250 and $950 for used Ford Mustang transmissions.

A: As a respected manufacturer, Ford makes many of its own transmissions for Mustangs and other models. However, many manual Ford Mustangs also feature transmissions made by Borg-Warner, Tremec and the German company Getrag.

Q: Are there performance differences between manual and automatic Ford Mustang transmissions?

Below are the most popular models that we receive used transmission requests for.

After more than 50 years in production, the Ford Mustang remains a classic. The transmissions have been 4-, 5-, 6- and 10-speed, manual and automatic and made by Ford itself as well as Borg-Warner and Tremec.

The Ford Mustang GT is a classic Mustang produced in the first generation in the 1960s. It was picked up again in the early 1980s, and came in a 20th anniversary edition in 1984. Since then the GT has been in regular production. Known for boldness and impressive horsepower, GT has used 4-, 5-, 6- and 7-speed transmissions, with the latest GTs using a 10-speed automatic transmission.

was a high-performance Ford Mustang. With large wheels and brakes, upgraded shocks, extra cooling and more, the SVT Mustang Cobra excelled at handling, power and the driving experience. The SVT Cobra came with 5- and 6-speed manual transmissions.