To find the used Chrysler transmission you’re looking for, fill out the form above and ASAP Motors will connect you with our network of reputable auto parts brokers. 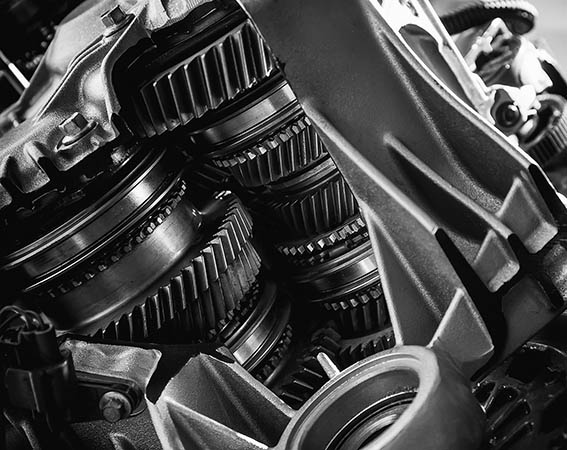 First founded in 1925 as a reorganization of the Maxwell Motor Company, Chrysler is now one of the “Big Three” auto manufacturers in the United States alongside General Motors and Ford.

Chrysler has produced a wide variety of both automatic and manual transmissions over the years and has also used transmissions made by manufacturers like Aisin and Mercedes-Benz.

You can find replacement Chrysler transmissions through our free used parts locator service. Instead of having to search through them and deal with them one-by-one, you can look through your e-mail inbox, and select the vendor that seems best to you. You can do this all from the comfort of your home. Fill out the request form and information from our network of used parts suppliers will be sent directly to you.

Select Your Used Chrysler Transmission Below

Searching for a Chrysler NSG370 manual transmission? Or perhaps an Ultradrive automatic transmission is more your speed? Either way, we can help you find just what you’re looking for.

Although its cars were originally marketed as premium vehicles, Chrysler has experienced many changes in ownership over the last several decades and is now sold as a mainstream brand.

Today, Chrysler is officially known as Fiat Chrysler Automobiles following its 2014 merger with Fiat. While Chrysler cars aren’t necessarily known for their reliability, many drivers appreciate them for their innovation, advanced features and high-end look.

Here are a few questions that customers commonly have when looking to purchase a used Chrysler transmission.

Q: How much money do used Chrysler transmissions usually cost?

A: While the exact price of your chosen transmission will depend on its year and model, most customers pay between $150 and $1,000 for used Chrysler transmissions.

A: As mentioned above, Chrysler makes many of its own transmissions. However, it also utilizes transmissions from other manufacturers in some of its past and current vehicles, including those made by Aisin, Mercedes-Benz, Hyundai, ZF Friedrichshafen, Getrag and Mitsubishi.

A: Due to the nationwide recessions of the late 1970s and mid-2000s, Chrysler has experienced several periods of financial troubles which resulted in the production of vehicles and parts with less-than-stellar reliability ratings.

However, there are many Chrysler cars and transmissions which have proven to be reliable.

If you’re concerned about reliability, we recommend researching reliability ratings for the specific year and model of the used Chrysler transmission you’re shopping for.

First released in 2004, the Chrysler 300 is one of the company’s most popular vehicles for a reason. This full-size luxury car sports a large, eye-catching grille, chrome accents and a long hood, and has received excellent safety ratings. It’s been available with four-speed, five-speed and eight-speed automatic transmissions.

The Chrysler 300M is a full-size luxury sedan that was available for purchase from 1998 to 2004. This car bore many similarities to the Concorde, and was named Motor Trend magazine’s 1999 Car of the Year. It was sold exclusively with a four-speed automatic transmission.

Produced for a decade between 2000 and 2010, the Chrysler PT Cruiser is a compact car that’s best known for its 1930s-style exterior. In 2001, it was named the North American Car of the Year. It was available with either a four-speed automatic or five-speed manual transmission.