To start receiving affordable quotes for used Lincoln transmissions, complete the form above and ASAP Motors will connect you with our network of reputable auto parts sellers within minutes. 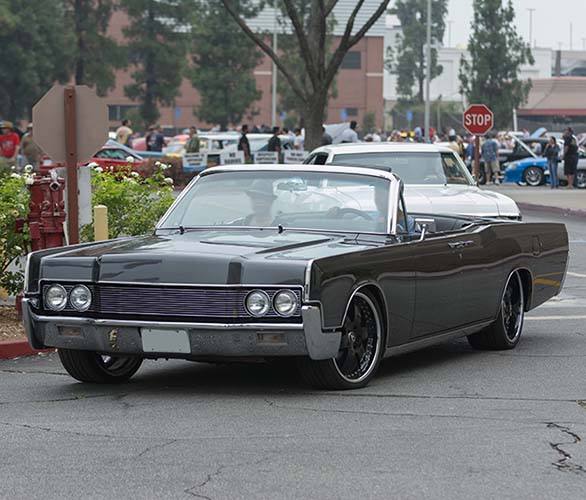 Lincoln is a Ford Motor Company brand that was established in 1917 and named after President Abraham Lincoln. As a luxury vehicle brand, Lincoln offers sedans, crossovers and SUVs, all the while competing with Cadillac’s models and reputation.

As an icon of American luxury, Lincoln remains a well-known and respected Ford marque. As a Ford brand, Lincoln gets most of its transmissions from Ford and its various plants. However, some transmissions are made by other manufacturers, including Japanese company, Aisin.

There are 3 easy steps:

• Step 1 – Select your vehicle make and model.
• Step 2 – Complete the form – this will submit your engine or transmission request to competing sellers.
• Step 3 – Receive offers – sit back, relax and receive bids via email, phone or text message.

All 3 steps take less than 1 minute to complete & you’re well on your way to finding a replacement transmission for your Lincoln.

Lincoln is the only current luxury brand from Ford. From the 1940s until 2010, Lincoln was paired with Ford’s mid-range luxury Mercury brand, and while the two differed mechanically, they shared great deal in the manufacturing process to reduce costs.

Over time, Lincoln has been considered a fine and reliable car. While they certainly aren’t inexpensive vehicles, Lincolns are known for being upscale in terms of features and performance.

Lincoln transmissions are typically automatic, which is common for luxury cars. However, the Lincoln LS used manual transmission.

Q: How much does a used Lincoln transmission cost?

Q: What are the common transmission problems of the Lincoln LS?

A: Drivers seem to report transmission issues with the LS more than other brands. Problems include lack of response, grinding/shaking/clunking, whining/humming, gear slipping, dragging clutch, no reverse and others.

If you’re seeking a used Lincoln LS transmission, be sure to speak with your broker about potential issues and warranties.

A: As a luxury car producer, Lincoln generally makes cars with automatic transmissions. In fact, since 1951, Lincoln has been out of the manual transmission scene nearly altogether.

However, one recent Lincoln vehicle – the LS – contained a manual transmission in the 2000 V6 engine model.

The Lincoln Town Car existed as a sub-model of the Continental Mark IV in the 1960s and 70s. From 1980 to 2011, the Town Car was its own model, and offered as a full-size luxury sedan. For several years, it held the record for longest car mass-production in North America. The Town Car comes with a four-speed, automatic transmission.

The Lincoln MKT, produced from 2009 through the present (as of 2019), is the second largest SUV produced by Ford. With enough room for seven people, a sensor for parking assistance and electric power steering, the MKT is luxury with practical applications. The MKT comes with a six-speed automatic transmission.