First founded in Germany in 1937, Volkswagen — whose name translates to “people’s car” — has long been known as a practical and affordable brand for drivers in Germany and around the world. Over the years, Volkswagen has offered many models with both manual, automatic and Tiptronic direct-shift gearbox (DSG) transmissions.

Volkswagen is a car make that has been giving drivers consistent transportation for decades. Your Volkswagen may be in need of a replacement transmission, but don’t give up on it. There are more miles to be garnered from that workhorse. Instead, consider the benefits of buying used Volkswagen transmissions. You’ll save the money you would have spent on finance charges and new vehicle insurance costs. Luckily, there is a service which can eliminate all this expenditure of effort and time. By simply going to one online location and entering in some data, you can start receiving information about the transmission in your email’s inbox. 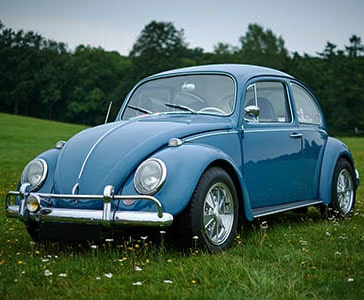 The request form is short and uncomplicated. In less than 1 minute it can be completed and you can start receiving your notifications of Volkswagen transmissions for sale. They will list the price. Warranties are spelled out, so you understand what’s covered and recycling facilities from various locations will respond. You can select the location that gives you the best price, warranty or location, or maybe all three will appeal to you.

The most impressive part is that this service will not cost you a dime. You would think if all that effort has been removed from your shoulders, it must be at a cost. The service is free and you’re under no obligation when you submit your request. By simply sending out a request, in no time you’ll be able to have your used transmission installed.

This auto part is tested and warrantied to work. You can pay the mechanic to do the work and rest assured that your vehicle will be ready to drive off the mechanic’s lot when he’s finished installing one of these recycling centers replacement Volkswagen transmissions. There tested and if need be refurbished to be in good working order. Buyers of these used parts receive warranties because the sellers are certain of the quality of the part. Buy used parts from any one of these recycling facilities with confidence and regain the use of your vehicle for many more miles of service.

To find affordable used Volkswagen transmissions near you, fill out the form above and ASAP Motors will connect you with our reputable network of auto parts sellers in just minutes.

With regular care and maintenance, Volkswagen transmissions can last for 200,000 miles or more.

Our customers frequently ask these questions about used Volkswagen transmissions …

Q: How much do used Volkswagen transmissions cost?

A: Depending on the year and model, Volkswagen transmissions typically cost between $300 and $1,000.

Q: What is a Tiptronic DSG transmission?

A: DSG transmissions differ from manual and automatic transmissions in that they lack a conventional clutch pedal and use two gearboxes rather than one.

That dual-gearbox design allows the transmission to shift gears much quicker than a traditional transmission. Plus, DSG transmissions combine elements of both manual and automatic transmissions for a more versatile driving experience.

Q: How often do Volkswagen transmissions need to have their fluid changed?

A: In general, most Volkswagen transmissions need to have their fluid changed and their filter replaced every 30,000-40,000 miles with regular usage.

However, some Volkswagen transmissions have lifetime fluid, meaning that they never need to have their fluid changed unless they undergo major work.

These are the three most popular used Volkswagen transmissions that are sold here at ASAP Motors:

Starting in the 1930s, the Volkswagen Beetle has arguably been Volkswagen’s most iconic car to date. The Beetle was initially offered with only a four-speed manual transmission, though automatic, semi-automatic and DSG transmissions later became available.

Originally released in the 1970s, the Volkswagen Passat has become known for its family-friendly design, roomy seats and ample trunk space. It was first offered with either a four-speed manual or three-speed automatic transmission, and five- and six-speed manual, automatic and DSG transmissions are available in many recent models.

In production since the mid-1970s, the Volkswagen Polo is a supermini car that was named the World Car of the Year in 2010. The earliest Polos used a four-speed manual transmission, and more current models are available with either a manual, automatic or DSG transmission in a variety of speeds.